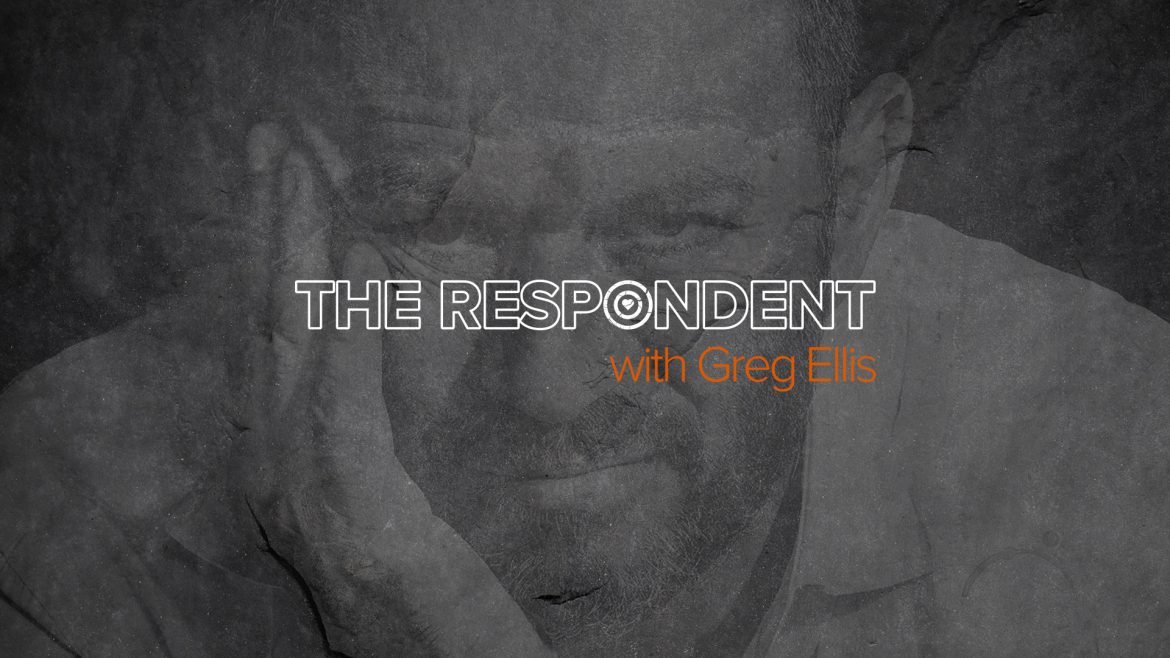 The last two months have been a whirlwind of activity as I’ve worked around the clock to launch The Respondent video series and finish the related book due out soon. Of course, all of this intense focus comes amidst global confusion and fear around COVID-19, and an explosion of social strife on the streets of America. Given the 24/7 media scrutiny these expansive challenges demand of me and all of us, it’s a little surprising that a conversation between Mikhaila Peterson and her father, Jordan Peterson, has cut through the clutter to lodge itself into my psyche.

In the video, Mikhaila and Jordan recount the profound medical issues Jordan has endured in the last year since he left the public spotlight. The details of this harrowing journey I’ll leave for anyone who wants to watch the video. But what struck me was the raw emotion between father and daughter as they walk through the extraordinary efforts of Mikhaila and others to be a bridge over his very troubled waters. Nakedly on display in just a few minutes of video are all the unspoken bonds of family.

The level of commitment, faith and love brought to the task of ushering Dr. Peterson through his difficulties is understood not just in the words father and daughter say, but in how they say them.

These tender moments of their struggles laid bare made my heart burst for them, but also opened up my living grief about the loss of my own family that is at the core of my book. And it bolstered my conviction that The Respondent multimedia conversation will be an aid to others who have lost their foundational family nest to entirely avoidable circumstances and a cold-hearted and broken family law system.

I am dismayed at the tenor of much of the discussion about the nuclear family. Marriage is on life support and many seem downright ecstatic about it. Even while a backbone narrative of this pandemic we’re living through involves families hunkered down in quarantine, the statistics reveal a rapid decay of marriage as a foundational institution. As I write this, The Wall Street Journal reports that the US marriage rate has plunged to 6.5 new unions per 1,000 people, according to the National Center for Health Statistics, the lowest level since the government started keeping score since 1867. Of course, a plunging quantity of marriages says nothing of quality, and one might argue that fewer good marriages is better than a greater number of bad ones. But the trend speaks to the dwindling belief we hold collectively that marriage is a social institution that leads to a better outcome for children.

Celebrated New York Times writer David Brooks recently wrote an essay in The Atlantic theorizing that the nuclear family is obsolete. He points out that the image of the halcyon days of 1950 dinner-table families we mythologize is actually a fantasy that in reality was nothing more than an anomalous blip, and that it needs to be retired in favor of something grander and more inclusive to a greater number of people. But he discusses in the same essay how the forces that have steadily dismantled the larger extended families of the first half of the 20th century (multiple generations living under one roof, and brothers and sisters living close by with their own families) have moved on to chipping away at the nuclear family unit, breaking it down even further to single parent homes.

“We’re likely living through the most rapid change in family structure in human history. The causes are economic, cultural, and institutional all at once,” Brooks writes. And later he concludes: “It’s time to find ways to bring back the big tables,” referring to construction of a new sort of big family not restricted to biology, and reminiscent of the utopian dream peddled in books like Hillary Clinton’s seminal 1996 book, It Takes a Village.

Brooks’ thinking might be summarized as “blood might make you related, but loyalty makes you family.” Yet I believe replacing blood families with something else will be a trickier project than Brooks and Clinton imagine. But whatever shape larger extended “families” of the future take, I don’t believe we will get there without a healthier nuclear family seeded at the center. If there is one thing Brooks and I agree on, it’s that the current skeletal, single-parent collective community grouping America is moving toward will not bring us to the promised village. After all, when a child loses a parent, they lose a whole village of people who love them: aunts, uncles, cousins, grandmas and grandpas.

While Brooks doesn’t couch his ideas in feminism, antipathy toward the family unit is elemental to Third Wave feminists. At the root of much modern feminist thinking, clearly stated in black and white in their foundational literature, is the idea that the “traditional” family is an outdated, sexist vessel that perpetuates the parochial, patriarchal oppression of women that must be dismantled. Brooks’ essay is just more evidence of how pervasive the concept has become within the mainstream.

I concede that the nuclear family was long overdue for serious reform by the middle of last century. But the crack in extreme feminist views on family is the same that runs through any dogma that reduces human relations to a battle between two opposing groups fighting for the upper hand. I would argue it’s exactly this kind of one-dimensional thinking that’s driven us to create legally-binding power differentials in family law; to build a divorce industry with this binary thinking at its core.

My book makes the argument that as society has, rightly, opened up the institution of family to be more inclusive, the traditional role of a family patriarch has been severely denigrated. For 30 years, the virtuous and binding thread that fathers have served as in a healthy Western society has increasingly been pulled out of the modern tapestry.

The numbers tell the story. As the appreciation of fathers has dwindled over the last 30 years, fatherlessness has indisputably grown to epidemic proportions that few are willing to admit.

In 1960, eight percent of children lived in a home with only their biological mother and today more than 23 percent do, according to Child Trends, a leading research organization focused on improving the lives of young people. According to dozens of official sources, including the CDC, these children are at a greater risk of having more difficult lives according to just about every measurable metric. They are more likely to misuse drugs, experience abuse, or go to prison. They are twice as likely to drop out of high school and live in poverty. They are seven times more likely to become pregnant as a teen. Children who grew up with fathers in the home have stronger cognitive skills, better health, more confidence, and—counter to the story we’re fed—more empathy.

In these times of international pandemics and domestic crises, I often hear the refrain: Let’s not have a cure that is worse than the disease. That is compounded in the age of Trump, where I frequently hear and read this: We get the leaders we deserve. I would argue that in our effort to try and modernize divorce we have created a cure far more destructive than the disease. And I believe if we are now going to advance the cure to something that is actually remedial, we are going to need new voices with new ideas. 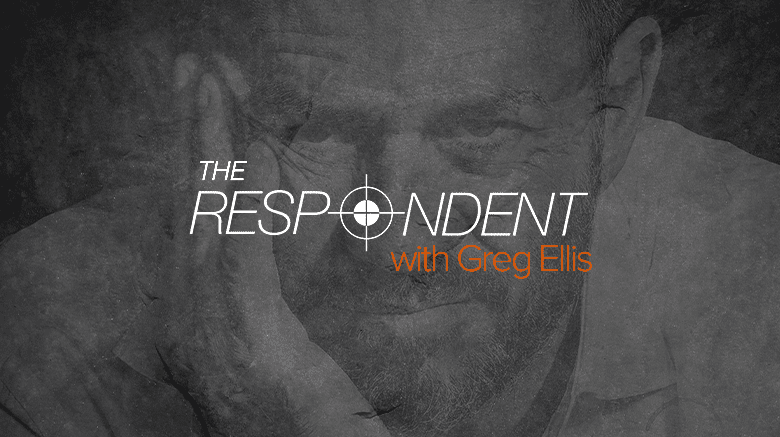 We need to deeply question how we built a divorce system that so callously breaks down our core relationships and principles and blocks the pathways to redemption and apology. As a society, we need to ask ourselves some difficult questions about the ever-diminishing valuation we are placing on fatherhood and family, and why—in the name of progress—we have built a family law system that so readily obliterates families that might only have needed repair or quiet dissolution. Families sometimes break down, but they need never explode. A child should never lose a parent to entirely avoidable circumstances. A father should never lose the love of a child. None of should lose that core inter-generational glue that binds us to our place in the world, to a shared understanding of where we came from and a support system to help carry us to our futures. Yes, there may be a replacement for a nuclear family populated with members imbued with a collective commitment to survival that is beyond question. But I don’t know what it is. 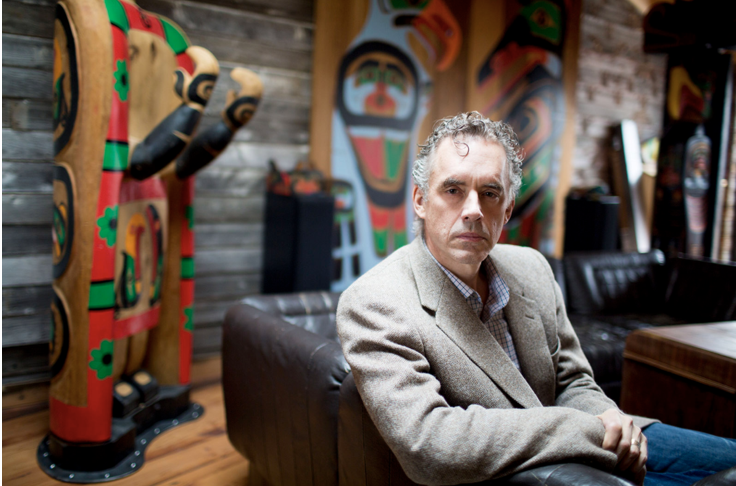 Jordan Peterson has worked tirelessly for decades illuminating these ideas of responsibility. After watching him with tears in his eyes (and mine) thanking his daughter for not giving up on him, thanking her for the uncommon manifestation of her unshakeable commitment, I am grateful on this Fourth of July that she so selflessly practiced what he has long preached. Family Matters.

This Sunday I hope you’ll join me for episode 3 of The Respondent featuring Bettina Arndt.